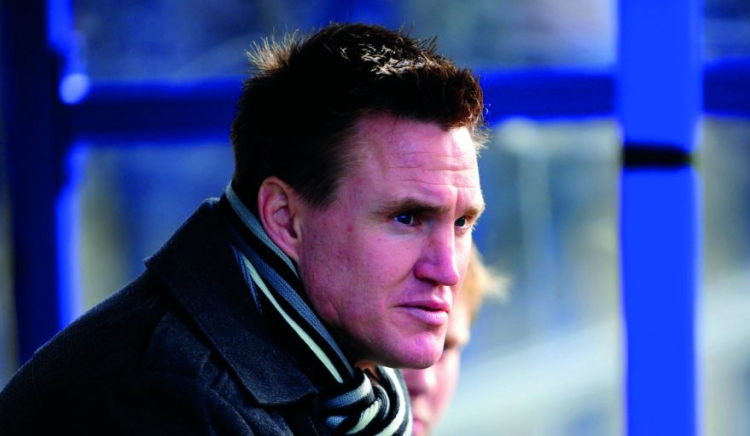 HALIFAX head coach Richard Marshall has once again been shortlisted for the 2017 Championship coach of the year.

He was nominated for the award last season, and won the prize in 2015, and insists it is great to be up for winning the award again this season.

Marshall said: “Obviously to get nominated for any prize or accolade makes you feel proud and part of something good. I think it’s testament to the players though this year, the adversity that they came through, and certainly the build up to getting into The Qualifiers.

“The last 3 or 4 games where they put everything on the line speaks volumes of the character of the players. I think a good measure of somebody is if they get a bit of adversity, like last year where we didn’t make the top four, and then you come through. We managed to galvanise, I thought, it’s actually brought us a bit stronger and closer together.

“I’ve had a great coaching team with Scott (Murrell) and Simon (Grix) who are used as player coaches, they’ve been very good for me, working hard on their days off and challenging me, which is important.

“I’ve got a good support network, albeit it is player centred and player led, but even the people who’ve helped me over the last 2 or 3 years, Marlon (Billy), Chris Rose and Chris O’Connor, are all part of what we’ve done going forward, nobody gets left behind.

“Yeah I’m really pleased but, as I said, it’s a really good achievement for the players, I get the nomination but ultimately it’s what they’ve done on the pitch.”

Regarding what’s changed at the club and the differences between this year and last year, Marshall said: “I think our defence has been outstanding throughout the year, I think I remember when I came in I wanted to really get the lads to understand the value of defending, as a team and as a group. And we probably missed a bit of that last year, probably with chopping and changing the team and injuries.

“This year we’ve had a bit of a settled team, the players understand exactly what is expected of them, what we require, and what my philosophy is based around. And they bought into that, and helped me as well to develop my philosophy in other areas which is important.”

Marshall knows full well he is coming up against tough competition for the award though, and realises how big of an achievement it would be for him to win it.

He continued: “It would be great. It would be a fantastic achievement, but there are some fantastic other candidates up there obviously. Tim Sheens is an international, world class coach. Andrew Henderson is probably similar to myself. He’s been at the club a couple of years, he’s had it tough and he’s come through. But for us to finish where we did in the league, third as a part time team is and was fantastic.”

“It would probably mean more to me this year, it was all a bit of a rollercoaster first year and I don’t feel the competition was as strong. I think the competition is a lot stronger now. So taking that into consideration it would mean a lot to me, but I reckon it’ll be tough with the calibre of the other coaches.”