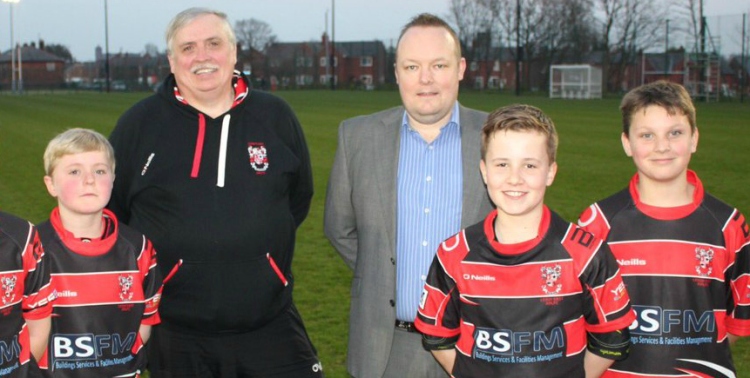 SWINTON Lions have a new chairman and his name is Andy Mazey, a successful business man and who works as the head of the SR Waite Group.

He has also supported the club through player sponsorship and has given the club advice over the last few turbulent weeks.

Mazey will be joined on the board by Steve Wild who will oversee operational matters, and Alan Marshall will be in charge of the finances. Steve Moyse will also join the club’s new board as a representative of the Supporters’ Trust. David Jones who is the club’s current president will also support the new board in any way he can.

With regards to how the club will now be run, it means that no single person will have the whole control of the club. Any decisions to be made will be done democratically and be solved by having a whole board discussion.

On his appointment Mazey said: “It is an absolute honour to become Chairman of a club with such a rich heritage as Swinton Lions. Since the extent of the club’s financial problems came to light, there have been some outstanding efforts from Swinton supporters.

“That level of passion and commitment to the club is ultimately what persuaded me that Swinton Lions is a club worth investing in, and one that can have a bright future. I have also witnessed at first hand the tremendous efforts of Alan, Steve and David to keep the club alive in stressful and often overwhelming circumstances.

“Their determination and love for the club also persuaded me that Swinton Lions was a club worth helping. Also, despite the troubled background, Stuart, Jay and all the players and staff have never given less than 100%.

“The game of Rugby League is my passion and I have been fortunate to have some great times in both the professional and community games over a number of years. However, the challenge of taking Swinton Lions forward and leading this new management team, together with our loyal volunteers and fantastic supporters, is one that has really wet my appetite.

“The focus now is to continue our recent efforts on and off the pitch to see out the 2017 season successfully, whilst developing a sustainable business model to move forward in the months and years ahead.

“We have a clear goal to get this club back home to M27 which will enable us to maximize our potential and fully re-engage the community of Swinton & Pendlebury and its young people, who are of course the Lions’ players, coaches and supporters of the future.”