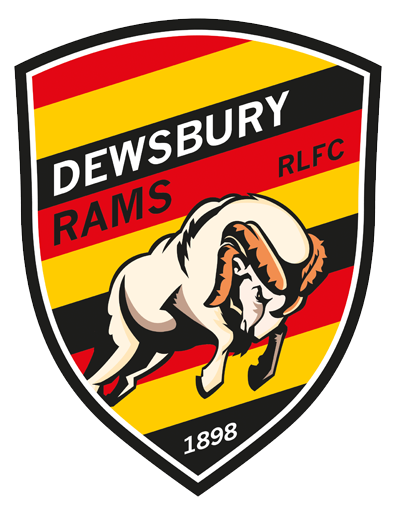 Dewsbury Rams head coach Neil Kelly was delighted with his team’s performance and result against Halifax.

The game ended 22-22 in what was an exciting game in which the Rams dominated for long parts – which meant a happy day for any Rams backers who used the bet365 bonus code.

On the game against Halifax, Kelly said: “I think just about everyone in the game would forgive me when I say, woopee.

“I thought we were good value for the point, Halifax fought tooth and nail and had their time in ascendancy. I thought we showed the character which has been missing in recent weeks in the last 15 minutes of the game, when we had to drag ourselves through the fixture by our boot straps.

“I have to say that I thought our middle’s played superbly well, especially playing the ball quickly, I thought Shannon Wakeman’s input into the game was superb.

“When your 14-0 up and you’ve lost your previous eight or nine games obviously it’s going to be a bit worrying about the confidence. Then when your opponents come back and take a slender lead with about 15 minutes to go, then you worry about your team’s ability to drag yourself back into the game.

“That is why I am really impressed and pleased with the character and spirit we showed in that last 15 minutes, clawing our way back into a game that maybe in previous weeks we would have put a white flag up and be beaten by the inevitable. What this shows is that we can fight against the inevitable and it doesn’t have to be the inevitable.

“It is brilliant that we have managed to stop the run of defeats, but now we have laid a platform or a bench mark of what the minimum has to be for us here on in. This has to be the minimum of performances and character going forward. If we now get used to playing at that pace and at that level then we’ll have more good times than bad times.”

On Paul Sykes’s performance and crucial kick to put the scores level, Kelly commented: “I thought he led the side really well, especially for someone who isn’t 100% fit, he has been out with a hamstring injury. If anyone out there who’s had a hamstring injury will know it plays with your mind as well as the body. His kicking may need to improve but I thought character wise and defensively wise he led the side back through that difficult period in the game.

“Whilst they were preparing for it I was thinking did we come here for a draw or a win and for a brief second I thought let’s go for broke and go for the win, because they were shot as well. Certainly when the ball left Sykes’s foot I thought we should have tapped it, but it managed to crawl across the bar.”

The Rams face local rivals Batley Bulldogs at the Summer Bash in Blackpool next weekend, and Kelly says that the team should take great confidence from the draw against Halifax into next week.

He said: “We should have a lot more confidence going into the Summer Bash next week than what we did going into this game against Halifax.

“We can look at those games in a different light, yor not going into them with a bit of a monkey on your back with all the previous defeats.

“I’m looking forward to it, they’ve had the Indian sign on us over the last few times we have met. However when we played at Batley earlier on in the season I think we created a situation where it was easier to win than lose, but we managed to lose. That’s indicative of how we have been over this period, but again you have to do the right thing, 85% completion rate in the first half is now the bench mark going forward.”