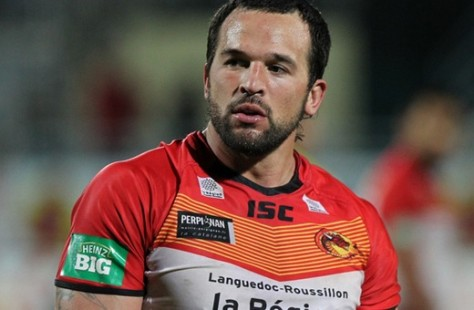 Catalans Dragons forward Louis Anderson has announced he will retire at the end of the Super League campaign.

The experienced player has played at the highest level of rugby league for many years, and the 33 year old has played the last 11 years in Britian’s Super League, he is the third overseas player to make over 100 appearances for the Frinch club.

Anderson is a former New Zealand international; he first came to Britian’s top flight in 2008 where he joined Warrington. He has spent the last sevent years at Catalan becoming a mainstay in the team over those years.

He has won the Challenge Cup twice, in his four years at Warrington and was involved in Catalans first ever major trophy win, when they were victorious in the recently played Challenge Cup final at Wembley.

On retiring from the game, Anderson told the Dragons webstie: “After 15 years, the time has come to chase something different. I am so grateful to have worn this jersey for the last seven years. What an amazing journey. Thank you.”

Dragons head coach Steve McNamara commented: “Louis has been a fantastic servant not only for the Catalans Dragons but also the whole of rugby league. He is highly respected by everyone within the game.

“His decision to retire after a glittering career will leave a big void to fill within our team. He has contributed enormously in the development of our club and we wish Louis well in the next stage of his career.”